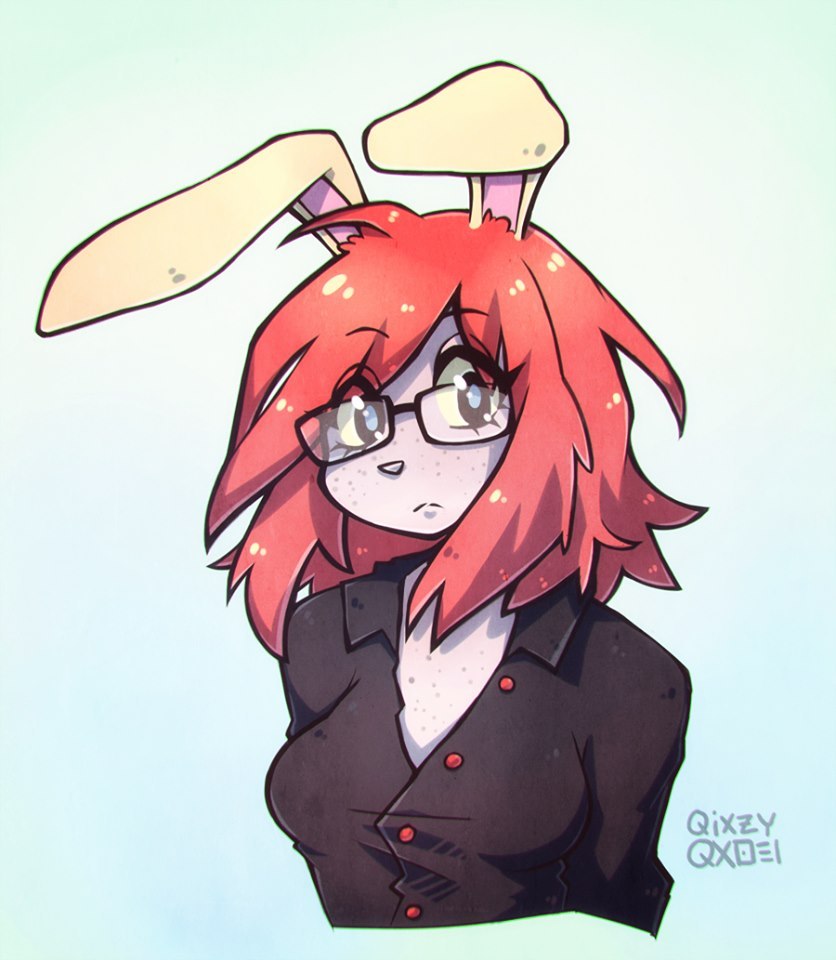 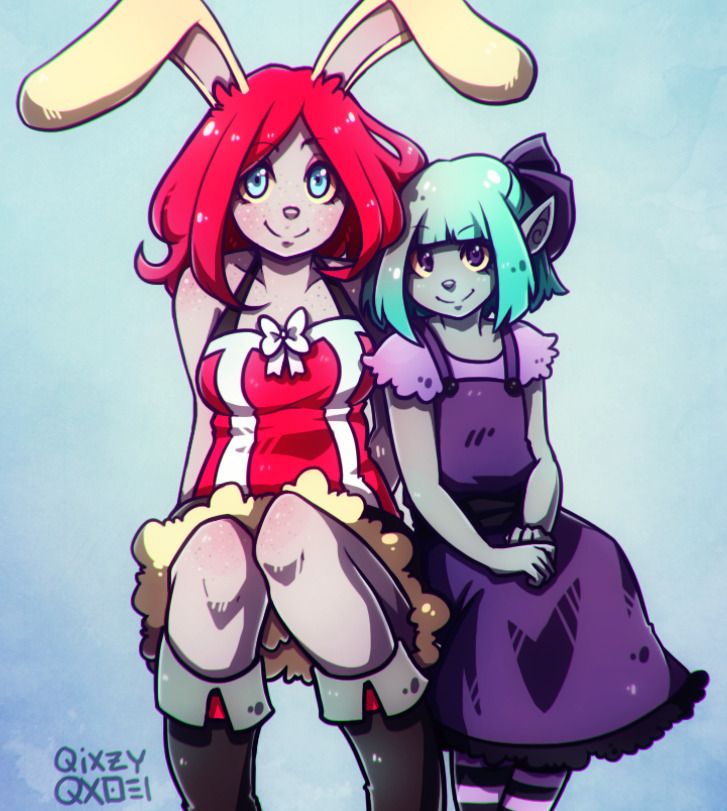 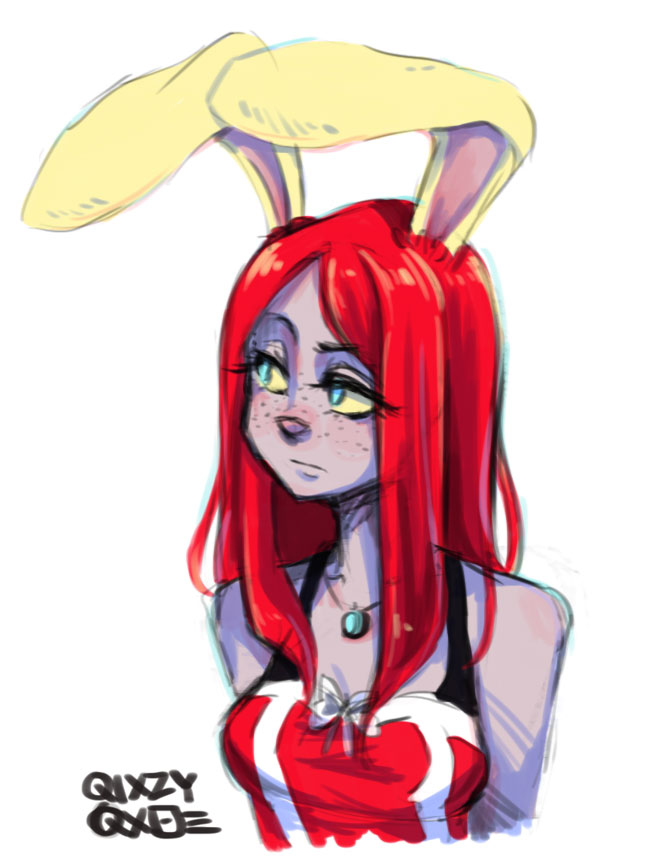 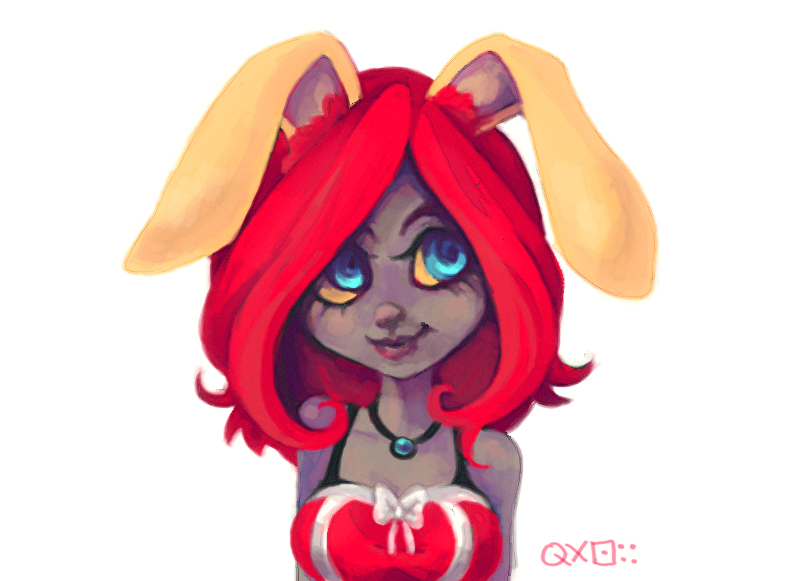 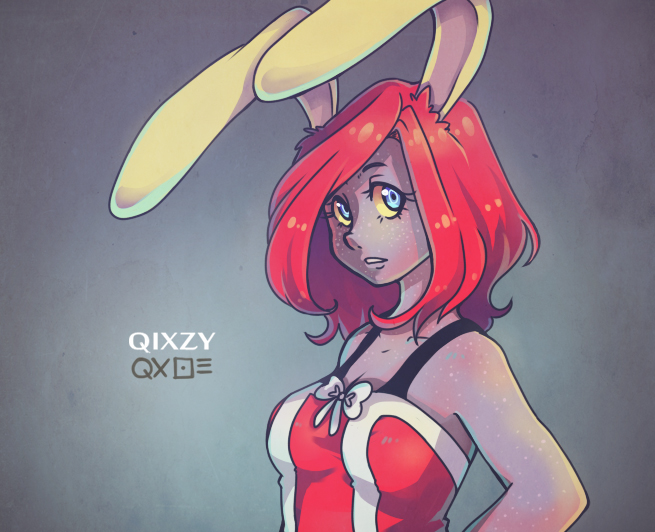 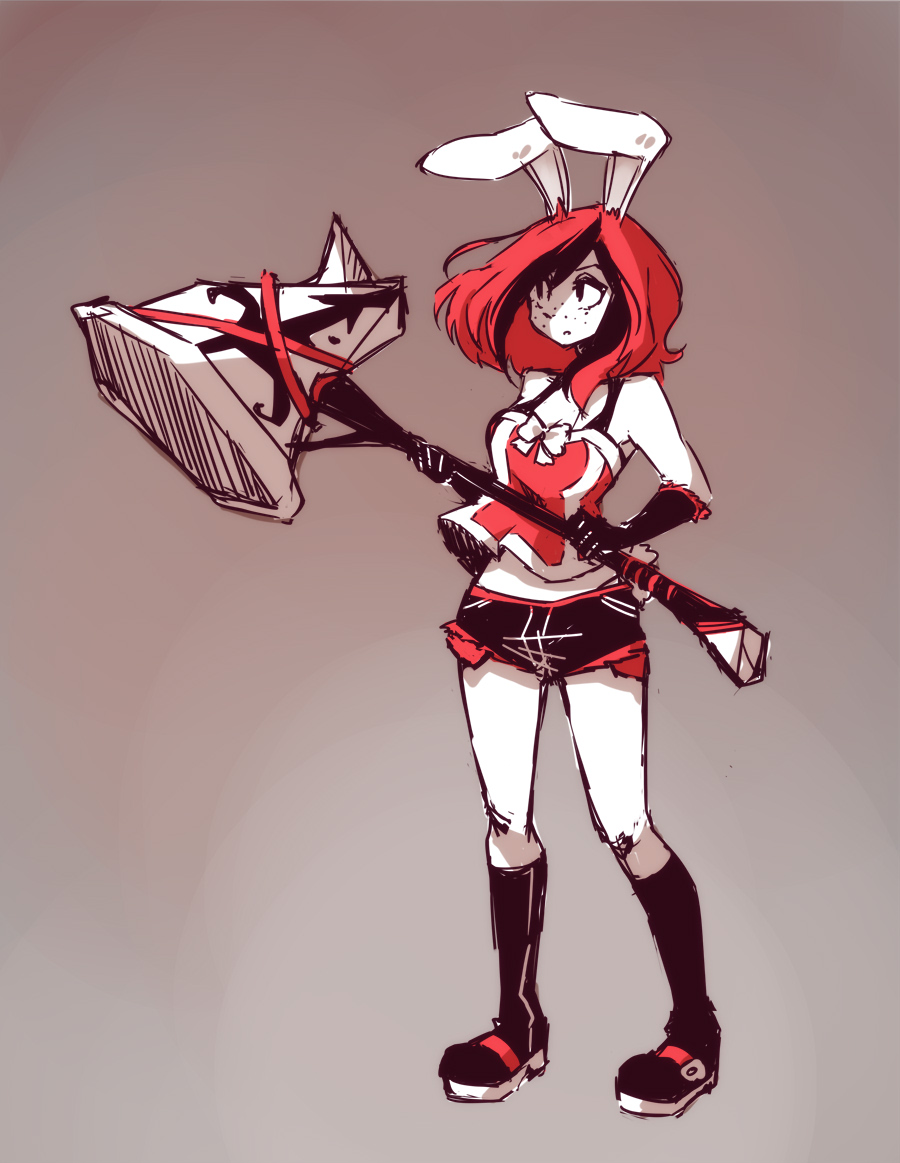 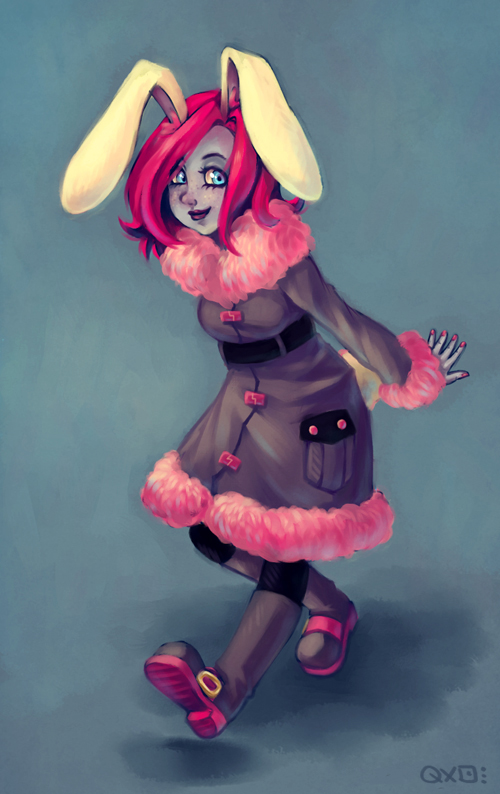 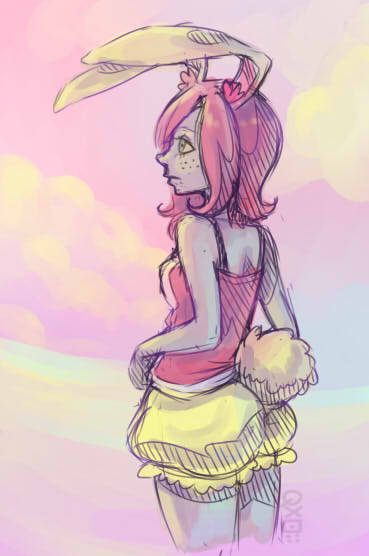 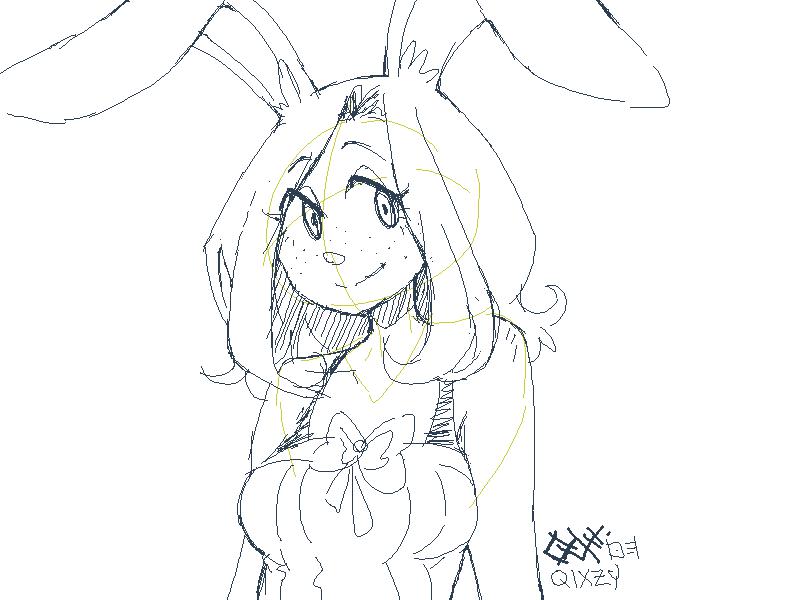 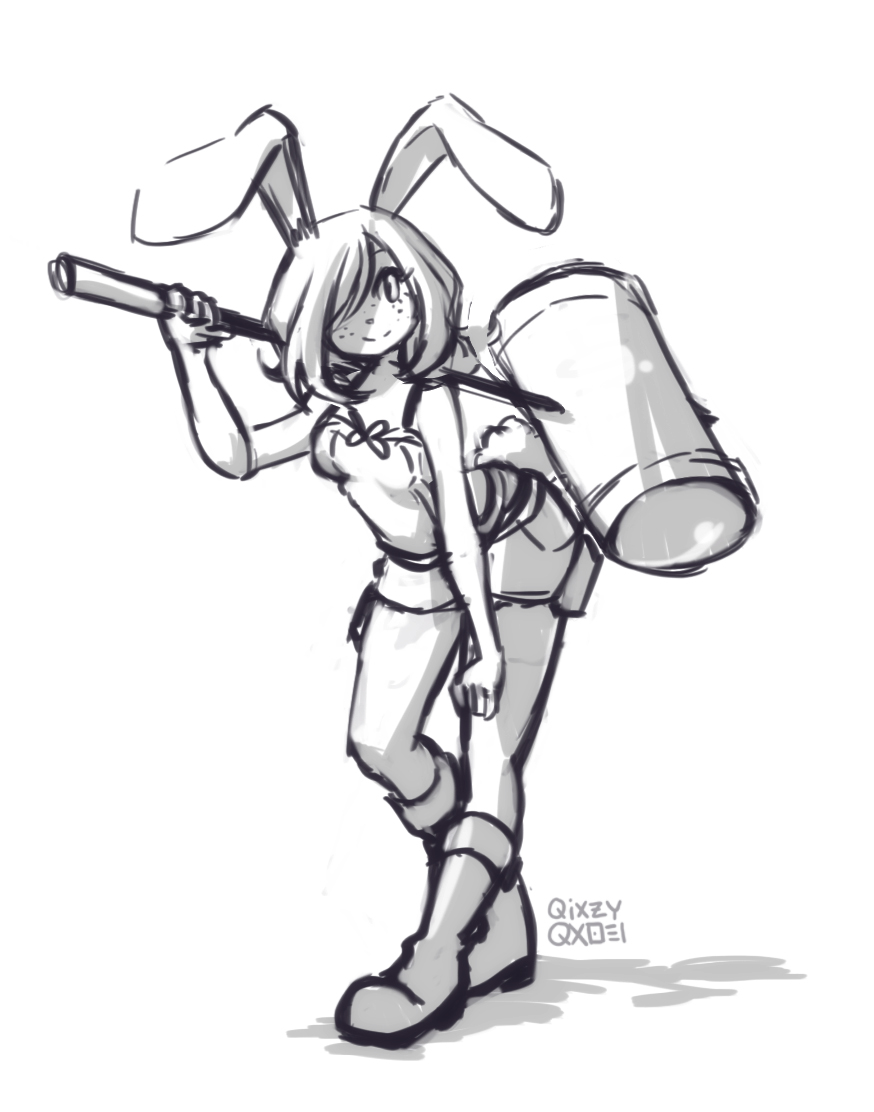 Karette is a character from ieieQuest. She looks like she's part bunny, but actually it's another creature that has similar attributes to rabbits!

She is a member of a criminal organization that's trying to overthrow the government on her planet. Her motive for joining is she wants to put a stop to the government's testing on peoples' DNA.

She's trained in the art of pick-pocketing, and also has some computer hacking abilities.

She was orphaned as a kid due to her rare hair colour (red hair is heavily looked down upon in this universe as inferior, or mutation) and was held at a government-run facility that was testing DNA altering on people. Her DNA got mixed with the rabbit-like creatures and she developed her signature ears and tail. As a result of this, she is also physically agile, can jump very high and run quite fast.

Karette has a pretty cheery personality despite her traumatic upbringing. She chooses to look on the bright side of things.

When she meets the other characters, Flarin wants nothing to do with her, but eventually they become best friends.

do all my ocs have tragic back stories? find out next time on dragonball z