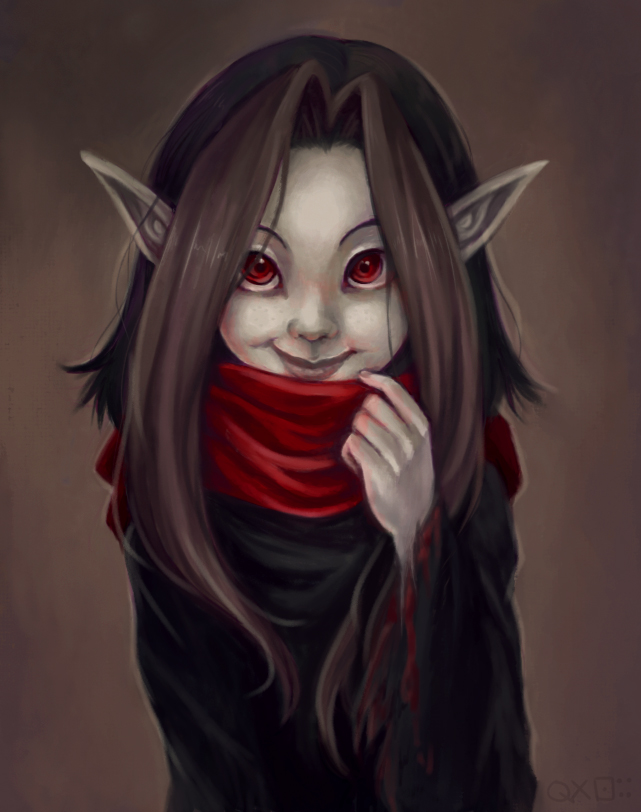 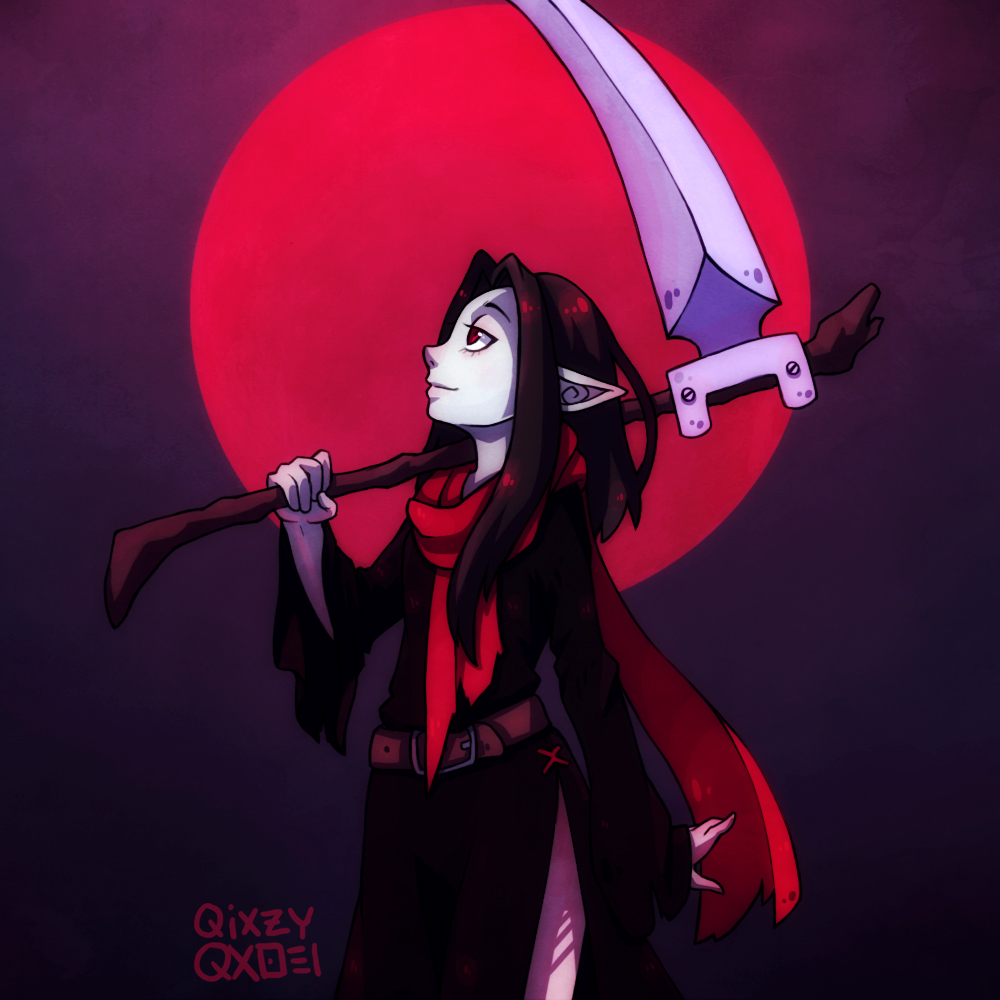 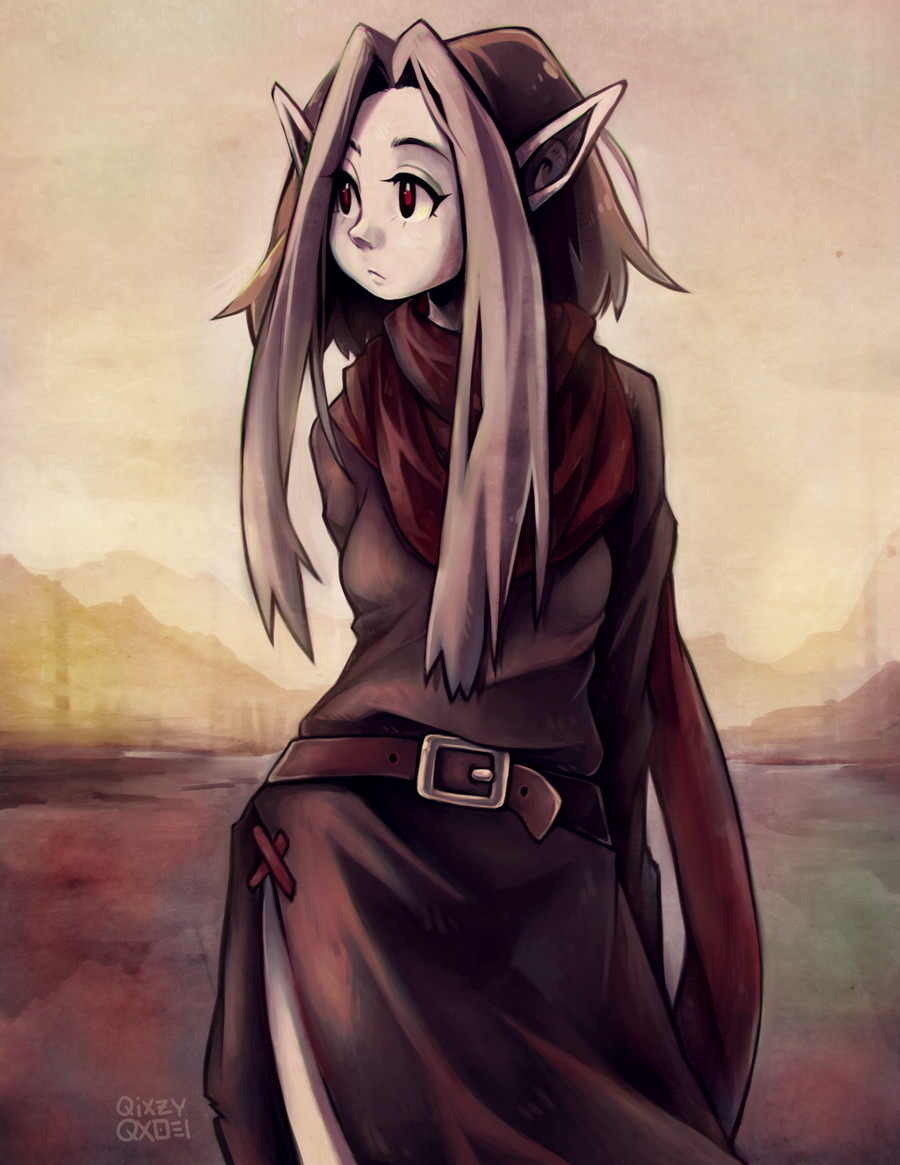 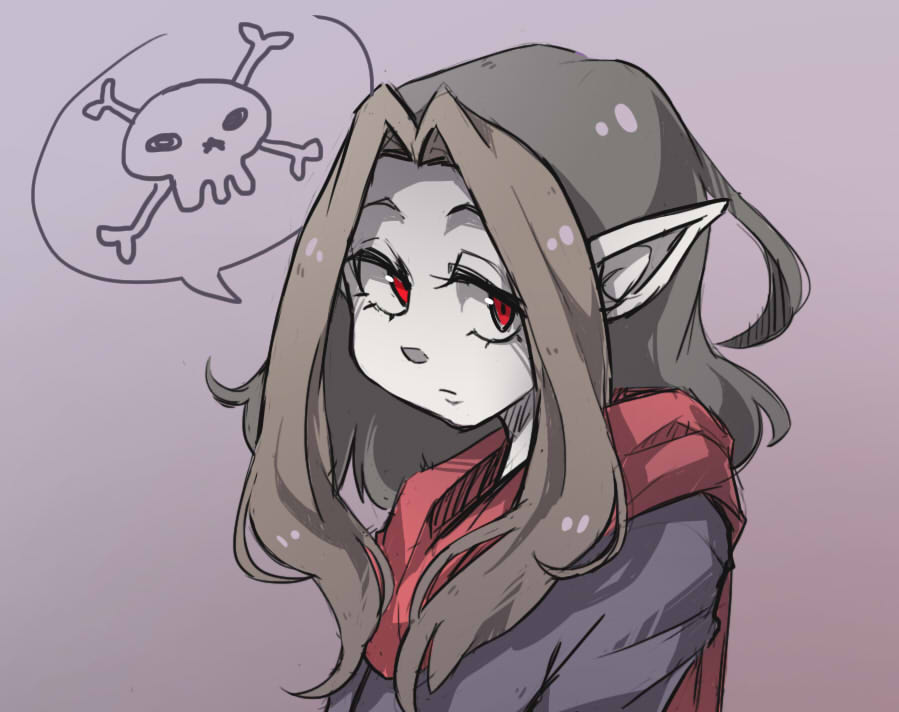 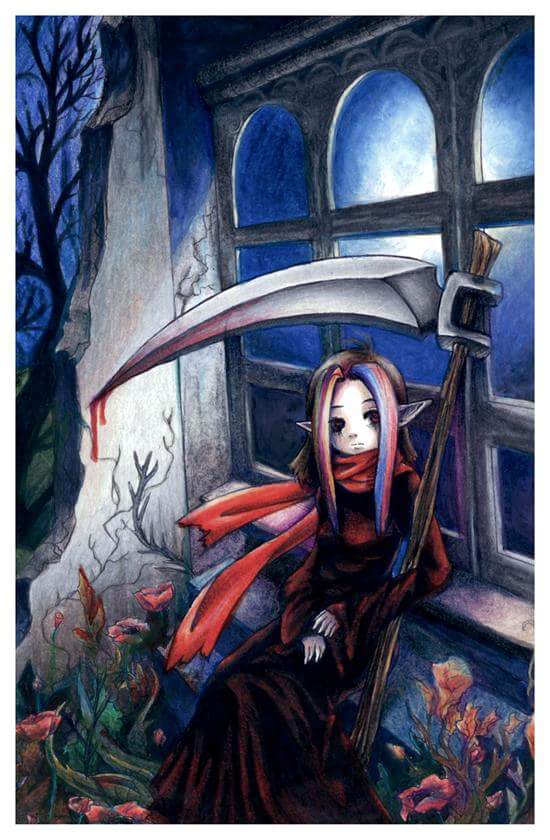 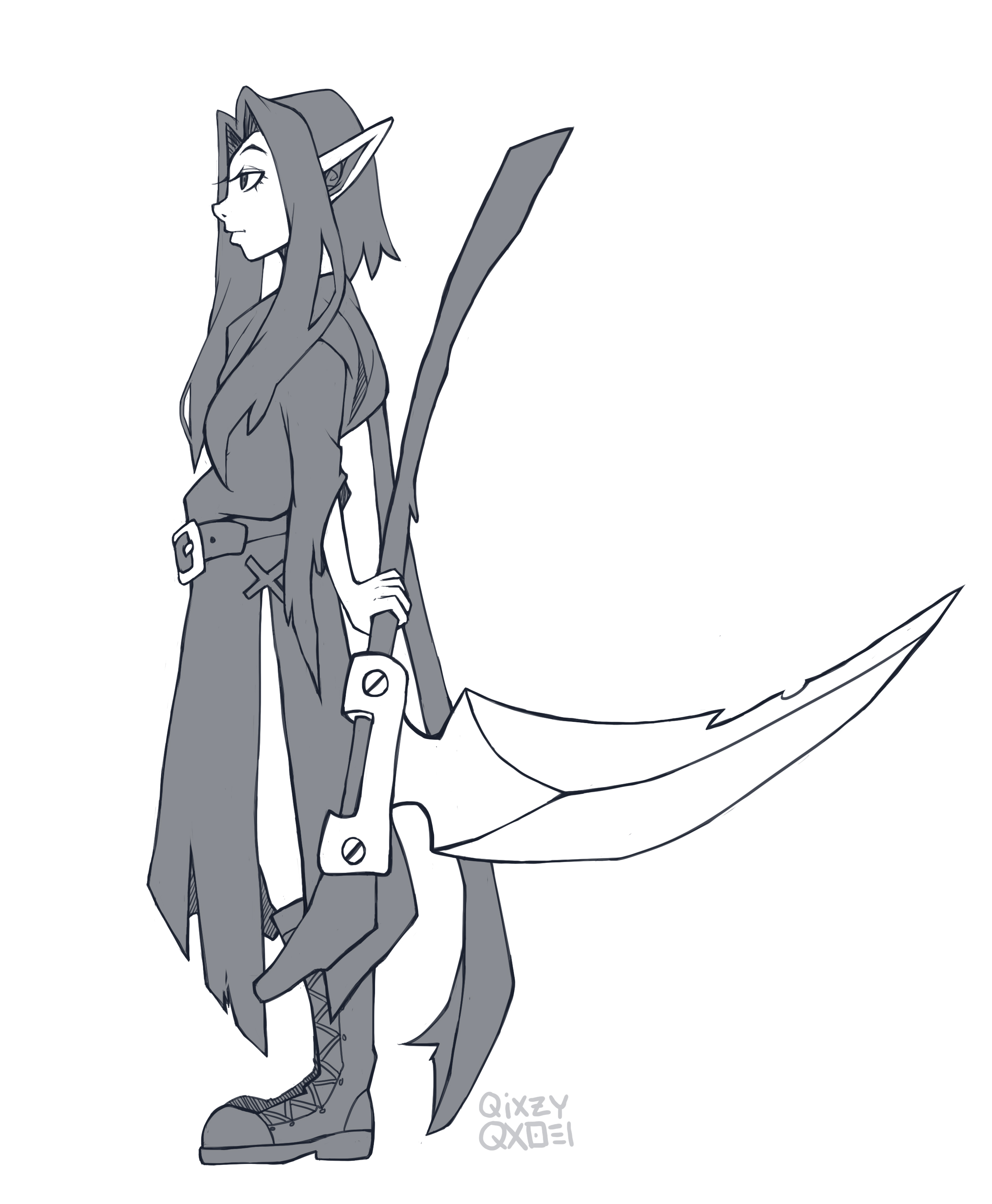 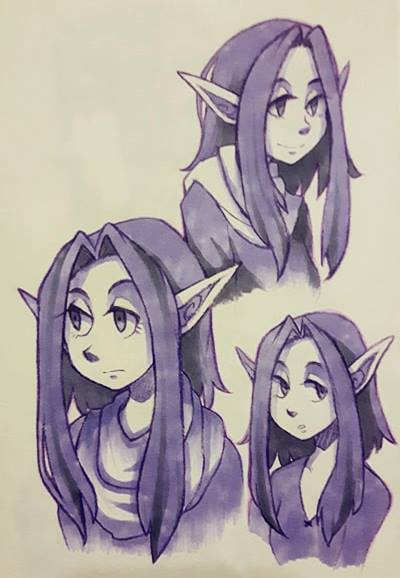 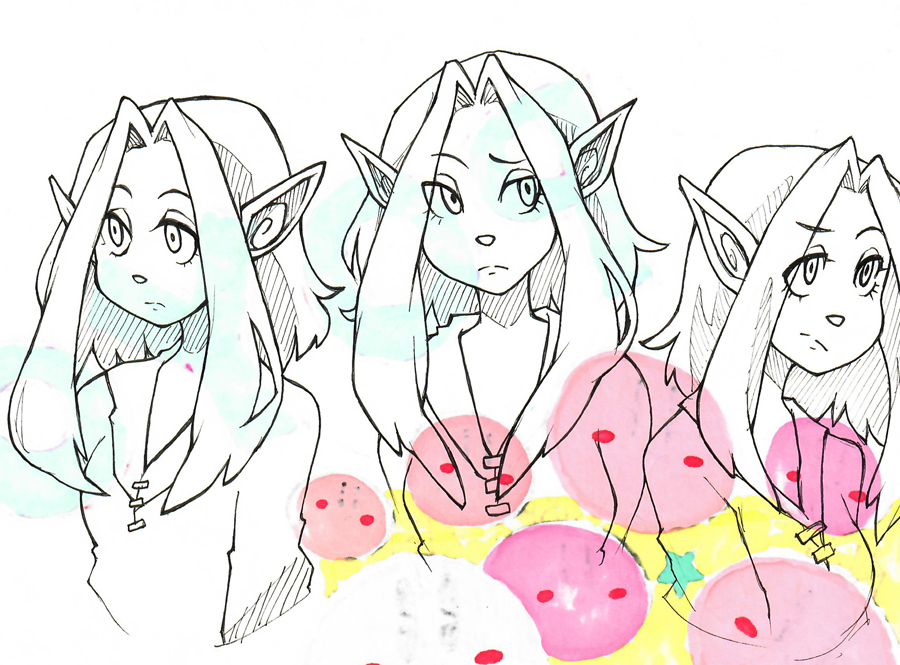 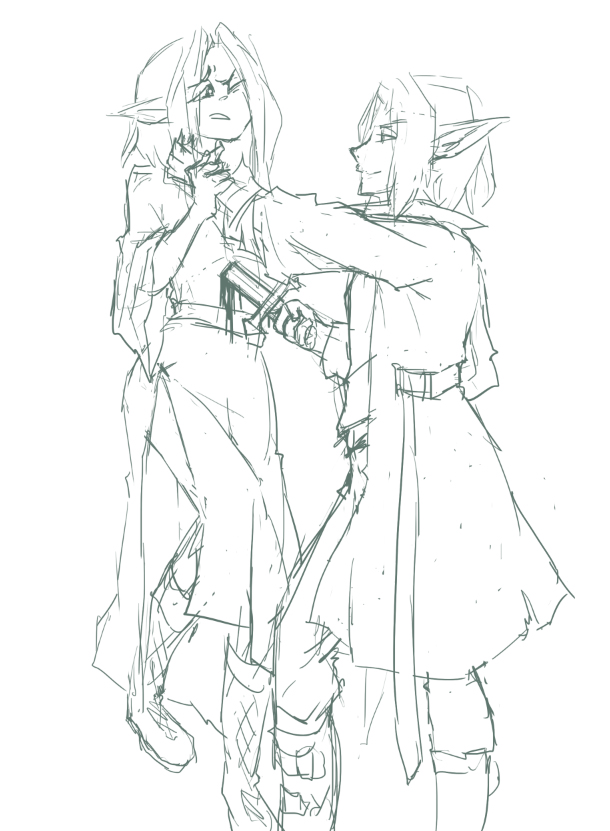 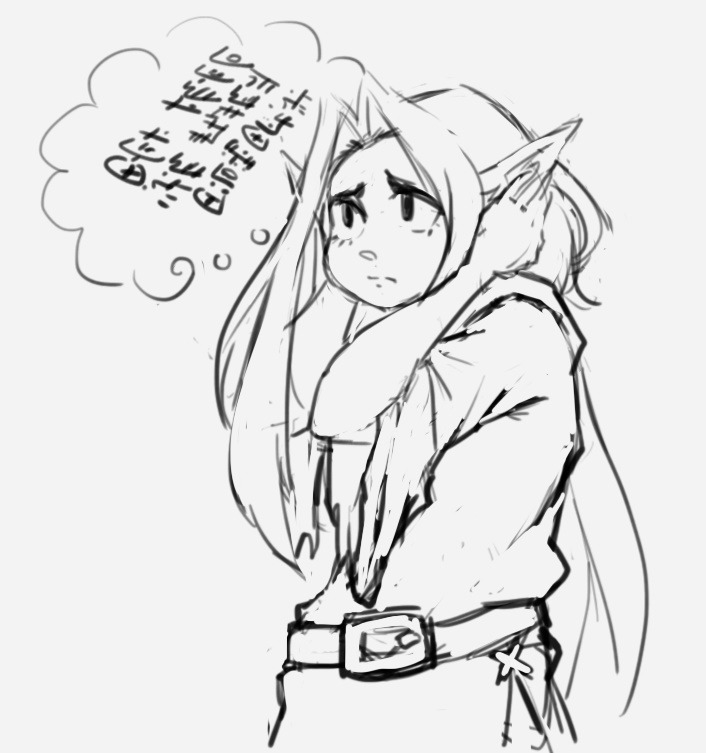 Rannika happens to be my oldest OC.

She's a character I used to draw a lot of when I was a teenager as a way to vent my depression / frustration with the world.

She is part of a story that I was planning on illustrating a comic for, but probably won't ever do now xD.

She's a vampire who also has blood magic abilities. Also she has a giant scythe that she can use to kick ass.

The story involved her older brother burning their village down once his powers awoken, and Rannika left to go find him. She was a child when that happened and wasn't aware that he caused the fire.

During the time she was searching for him, she noticed the rest of the world was going to shit. Eventually she got older and did find him, and he told her the truth about what happened, as well as admitting to basically causing the destruction of the world.

Rannika got really upset with him and tried to kill him. Of course she isn't strong enough and her brother disappears again. The rest of the story was basically a quest for her to get strong enough so she could put a stop to her brother.

There was a lot of other characters in this story too, but who knows what happened to them P:

Anyway yeah, that's all I can say for now!