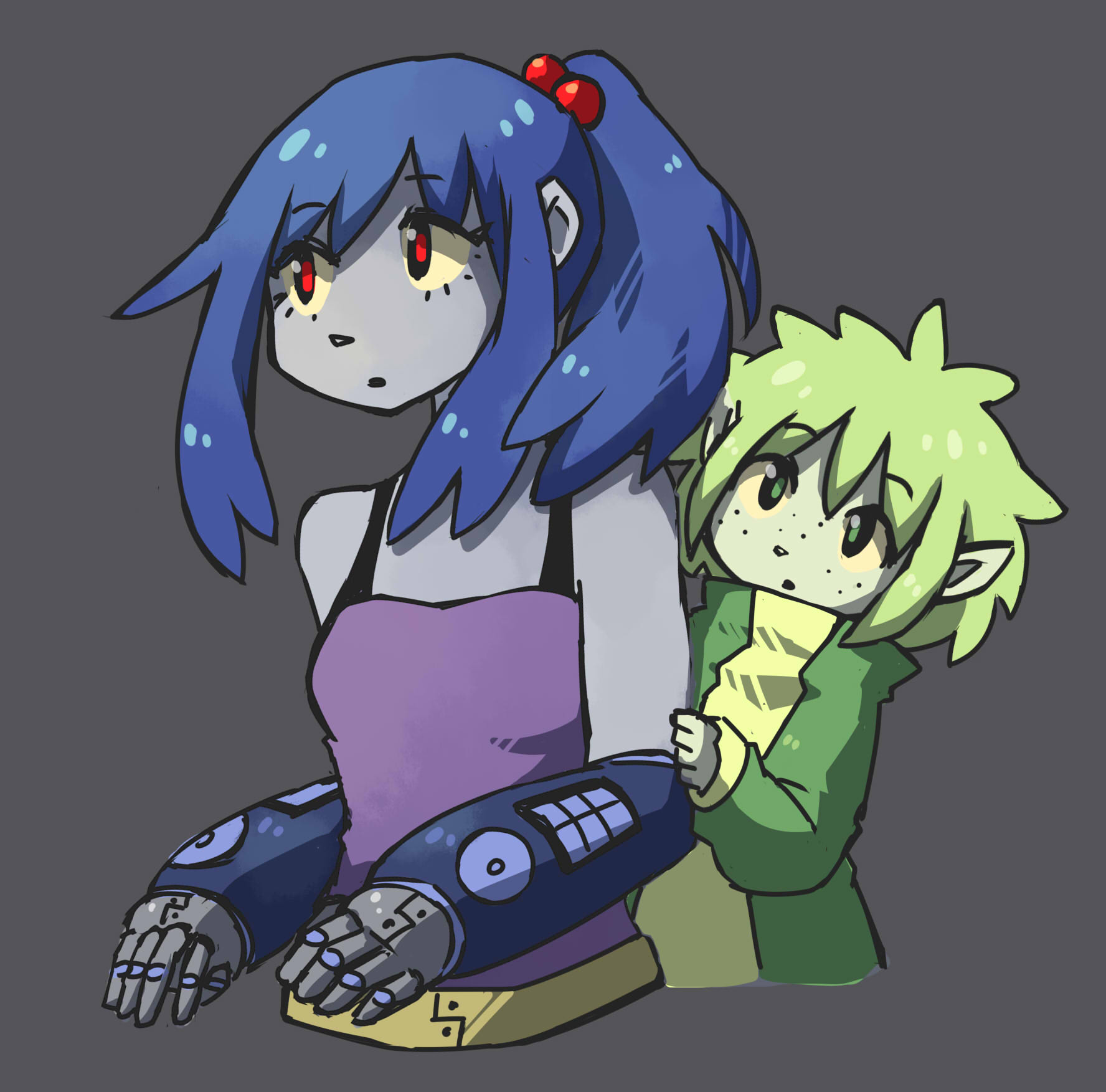 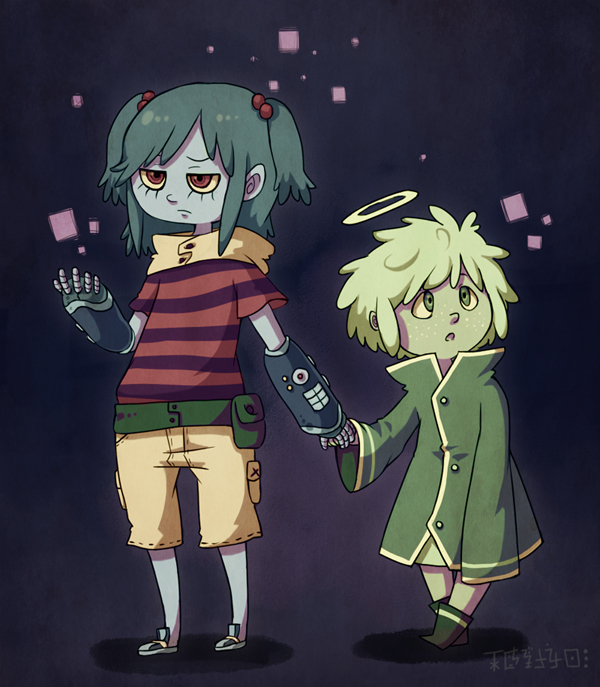 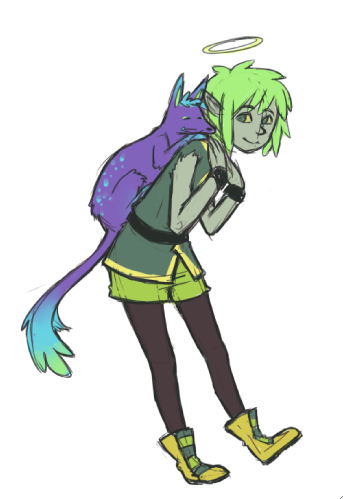 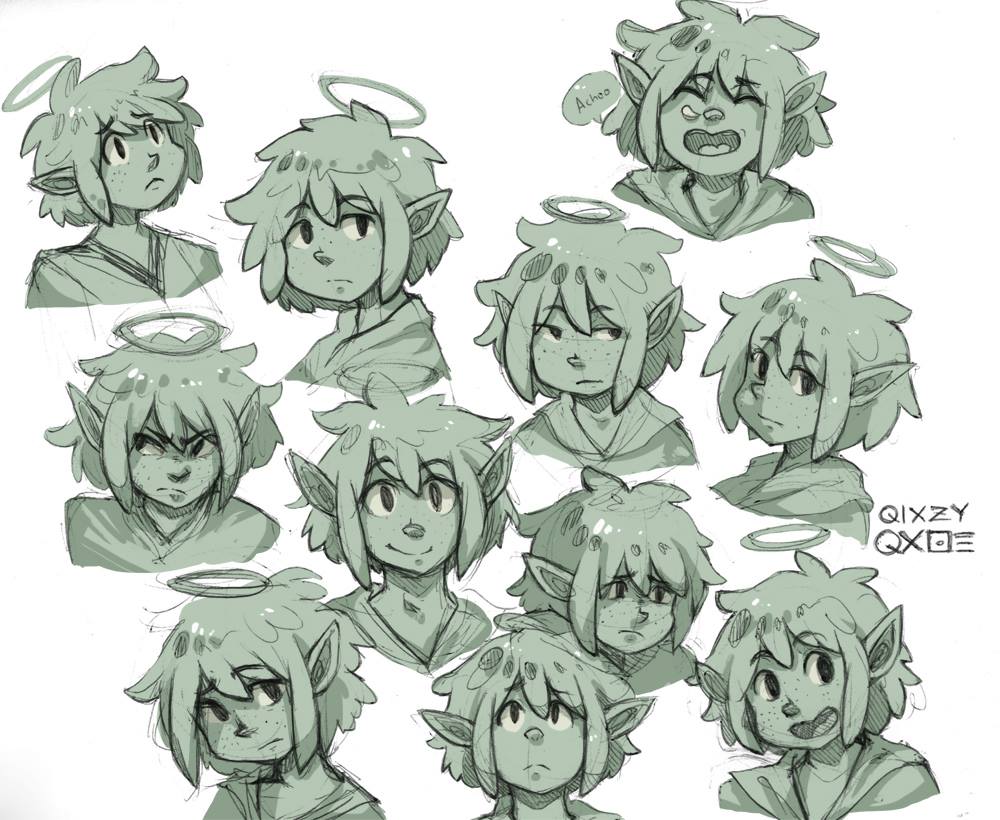 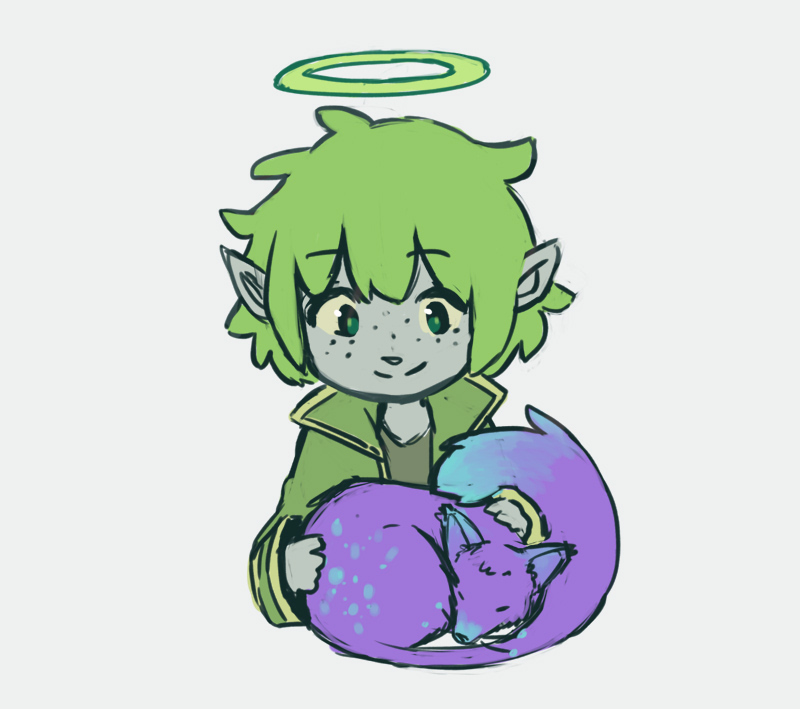 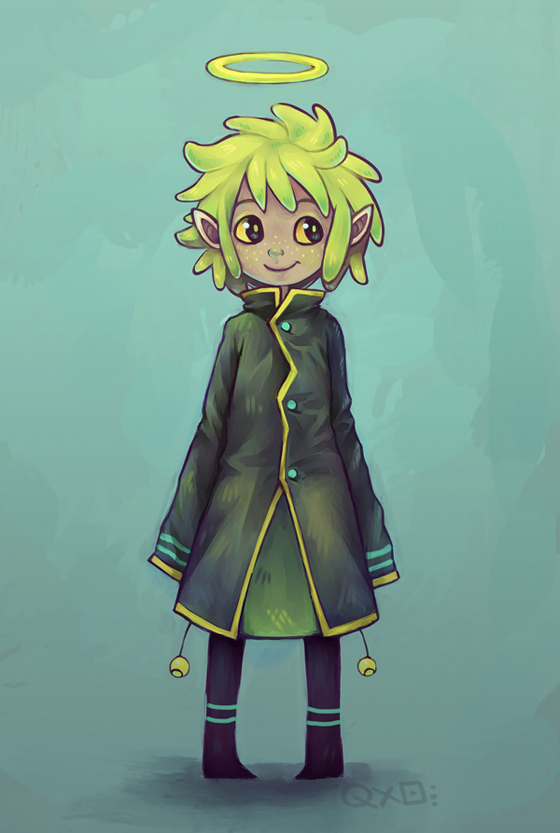 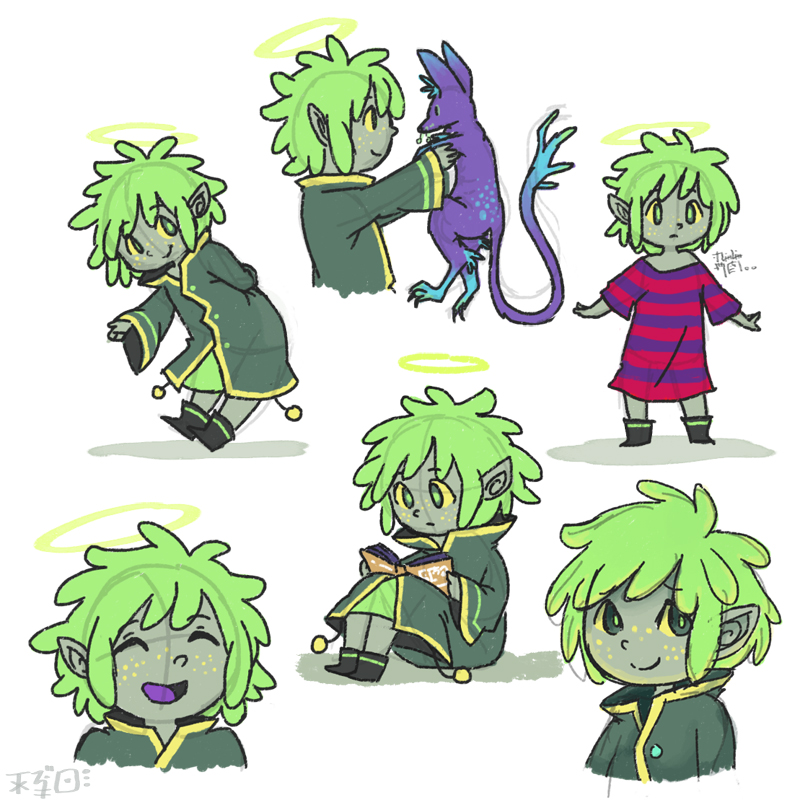 As already mentioned on ieie's page, Zekei is an angelbot and becomes her closest companion.

ieie found him unconcious at a scrap yard while looking for machine parts, and did the necessary repairs on his halo to bring him back.

He's a bit unique for an angelbot in that he doesn't speak (the rest of them do), and he behaves a bit more erradically and shows more emotion than normal. This is due to the rushed programming used on him.

His actual personality is very sweet, caring and sensitive. He is a gentle kid who cares for animals and is always fascinated by the world around him.

Due to the effects of the halotennae, he has no memory of what happened while on his home planet, who he is or how he got there, except for his name.

He also exibits some typical angelbot qualities like increased IQ, and access to the knowledge base implanted into the halotennae, allowing him to be quite a valuable asset to ieie.

Since ieie managed to tap into his program, she essentially became his assigned "master", and Zekei would be able to take basic orders from her (though she rarely orders him to do anything because she finds this morally wrong).

The rest of his story is about being reunited with his family again after regaining his true memories.

the boy is here!